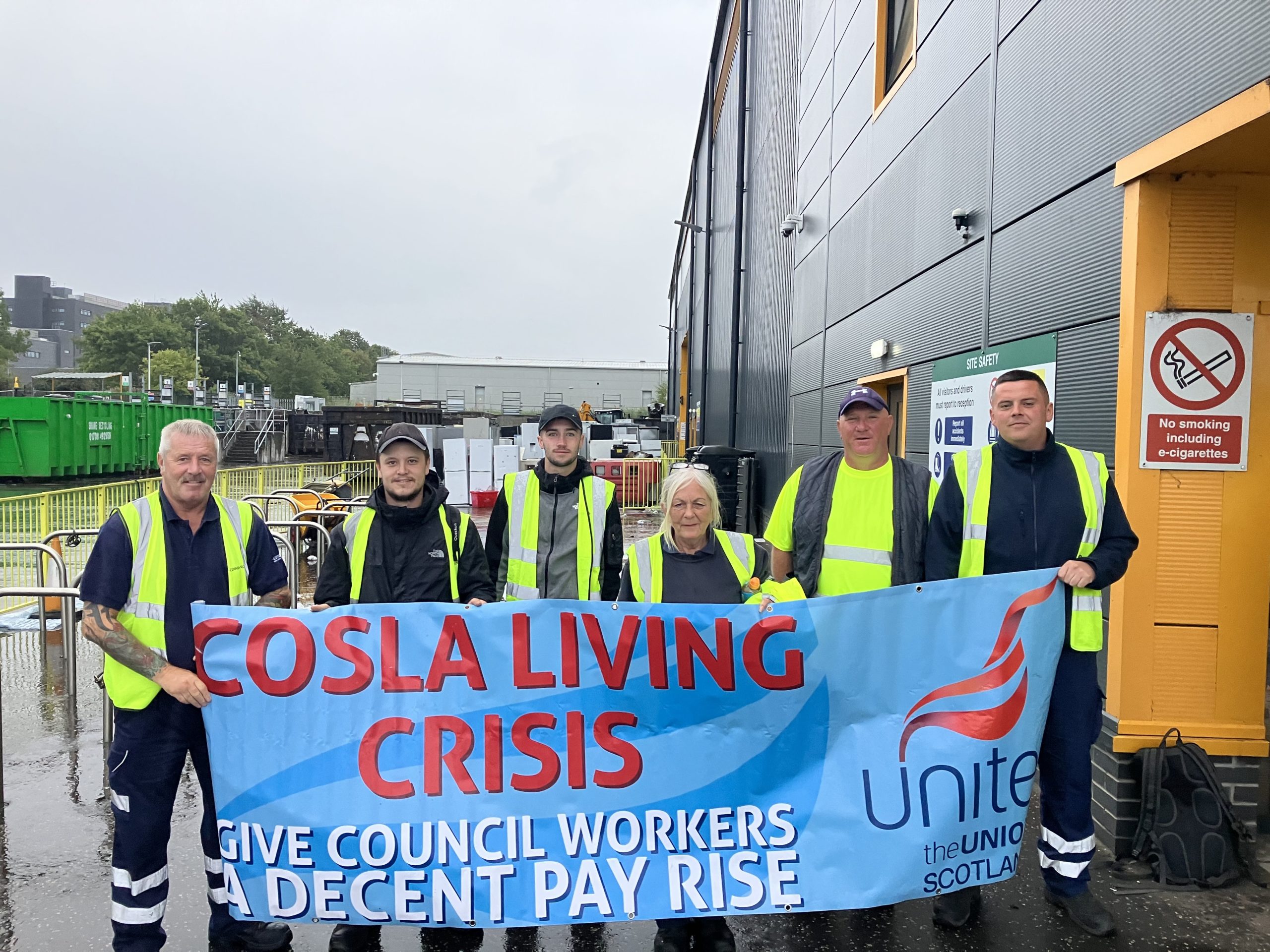 On Thursday 18th, Unite members in Waste and Cleansing in Edinburgh will take industrial action over the insulting pay offer for local government workers.

On Friday, COSLA increased the offer from 2% to 3.5%. All three unions of the Scottish Joint Council—Unite, Unison and GMB—immediately rejected this insulting offer.

We are the first council to take action, with others following on the 24th—details below.

The strike takes place from 5am on Thursday 18 August to 5am on Tuesday 30 August with daily pickets at 7 waste depots across the city. See picket locations.

Thursday 18th: Demo at the City Chambers and RMT rally

We will be demonstrating at the City Chambers on Thursday 18 August at 9am as part of the industrial action.

Following this, we will join the RMT rally on Waverley Bridge at 10am to foster solidarity among workers and hear from Mick Lynch and Mark Thomas.

Read the strike frequently asked questions. Use this page if you have any other questions to ask.

Action in other councils—the second wave

Unite members in 14 councils will strike from 6am on 24 August to 5:59am on 1 September. The councils are:

4 thoughts on “Edinburgh waste and cleansing strikes start on Thursday”